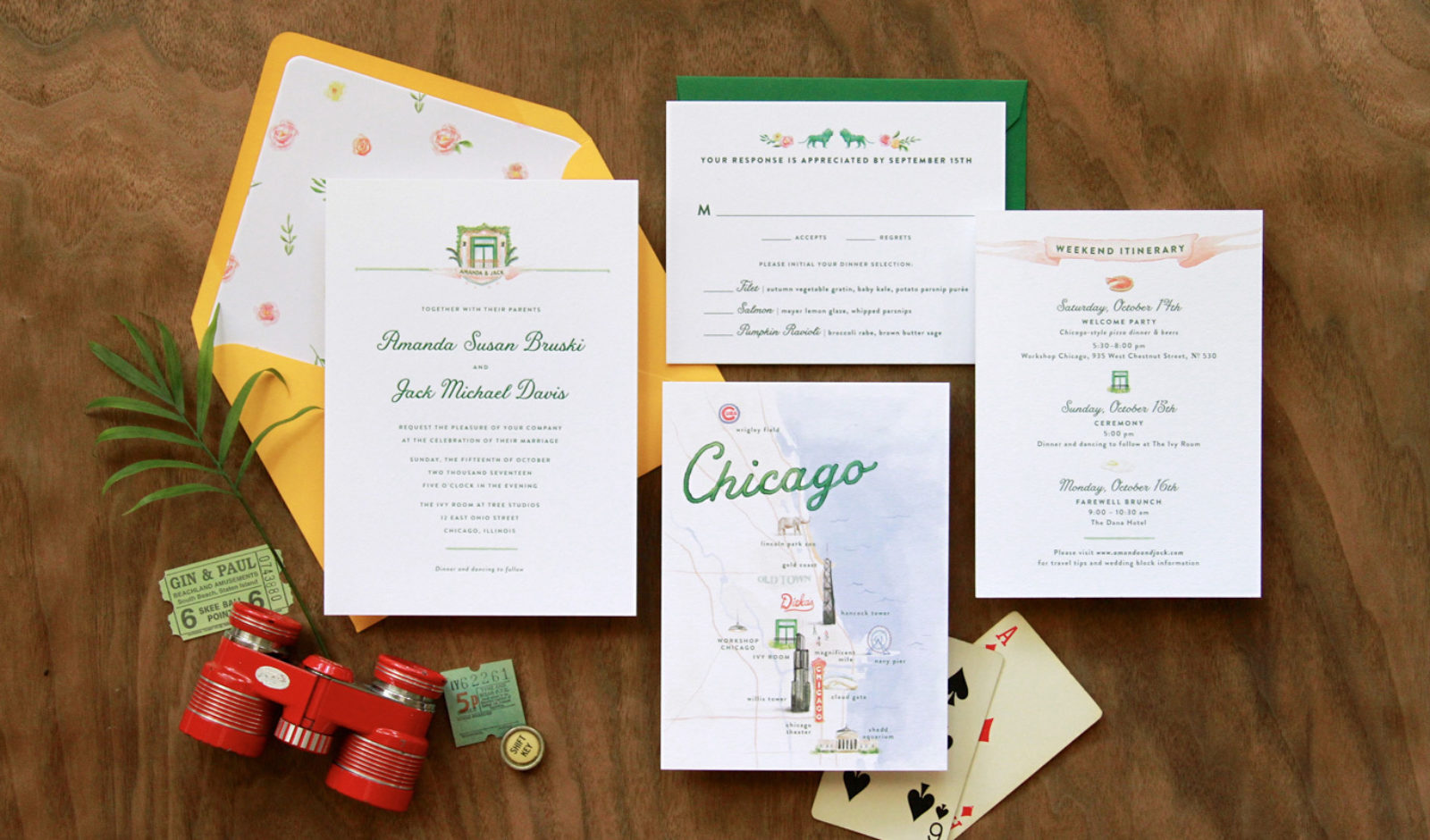 Amanda and Jack’s initial design inspiration came from several Wes Anderson films, with the script font from Moonrise Kingdom used on the invitation card itself. A watercolor illustration featuring their Chicago venue, The Ivy Room, was framed in a crest with street lights and palms. The invitation wording was stamped with green foil on double-thick paper to keep a more classic feel. A colorful, watercolor map of the Chicago area was included in the suite, which highlighted several sightseeing spots, as well as wedding locations. On the reverse side of the map, a weekend itinerary was painted (of course with Chicago-style pizza making an appearance). The Art Institute of Chicago’s famous lion statues graced the response card and pops of color were brought in with the marigold yellow invitation envelope and emerald green response envelope. 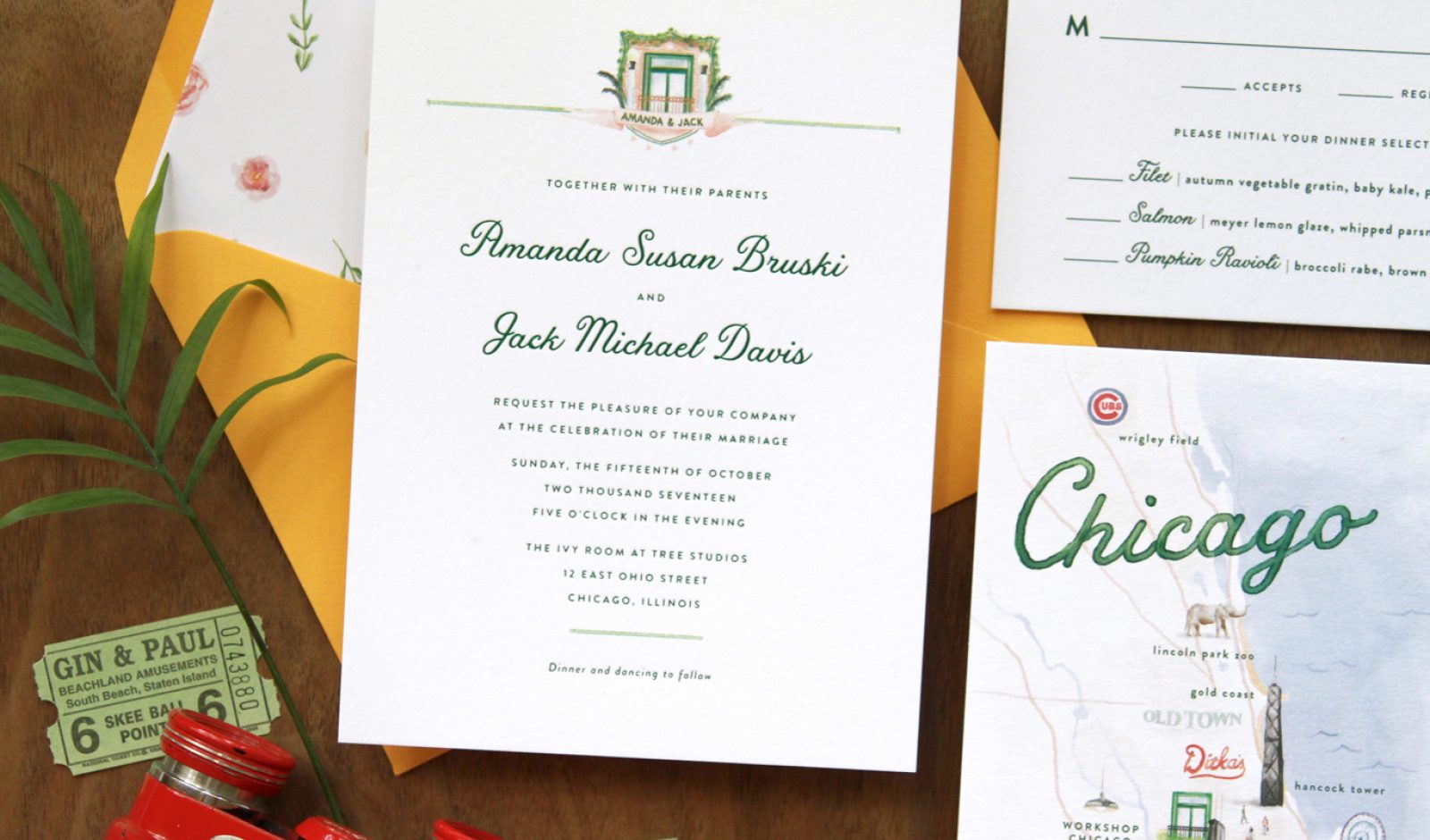 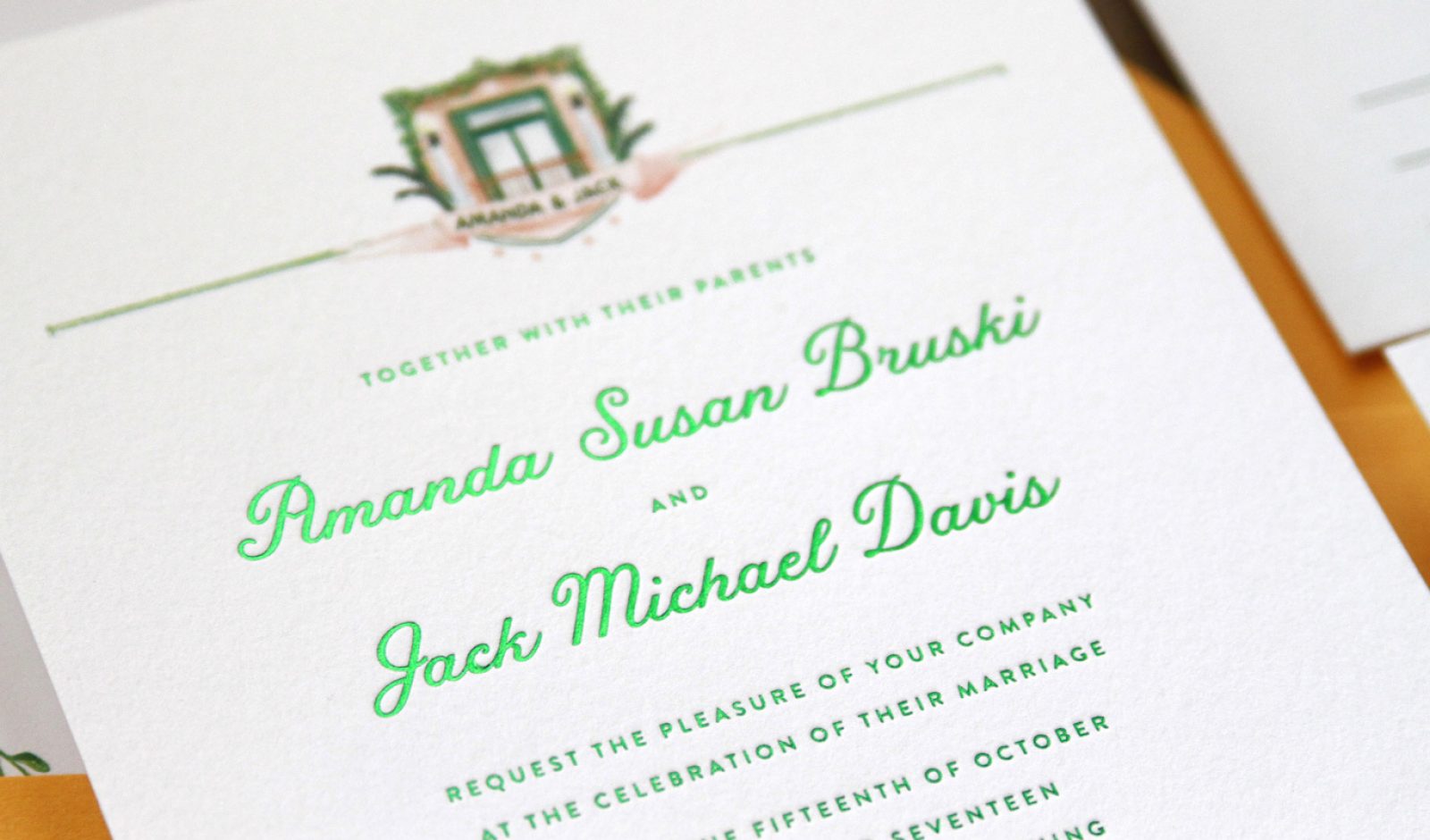 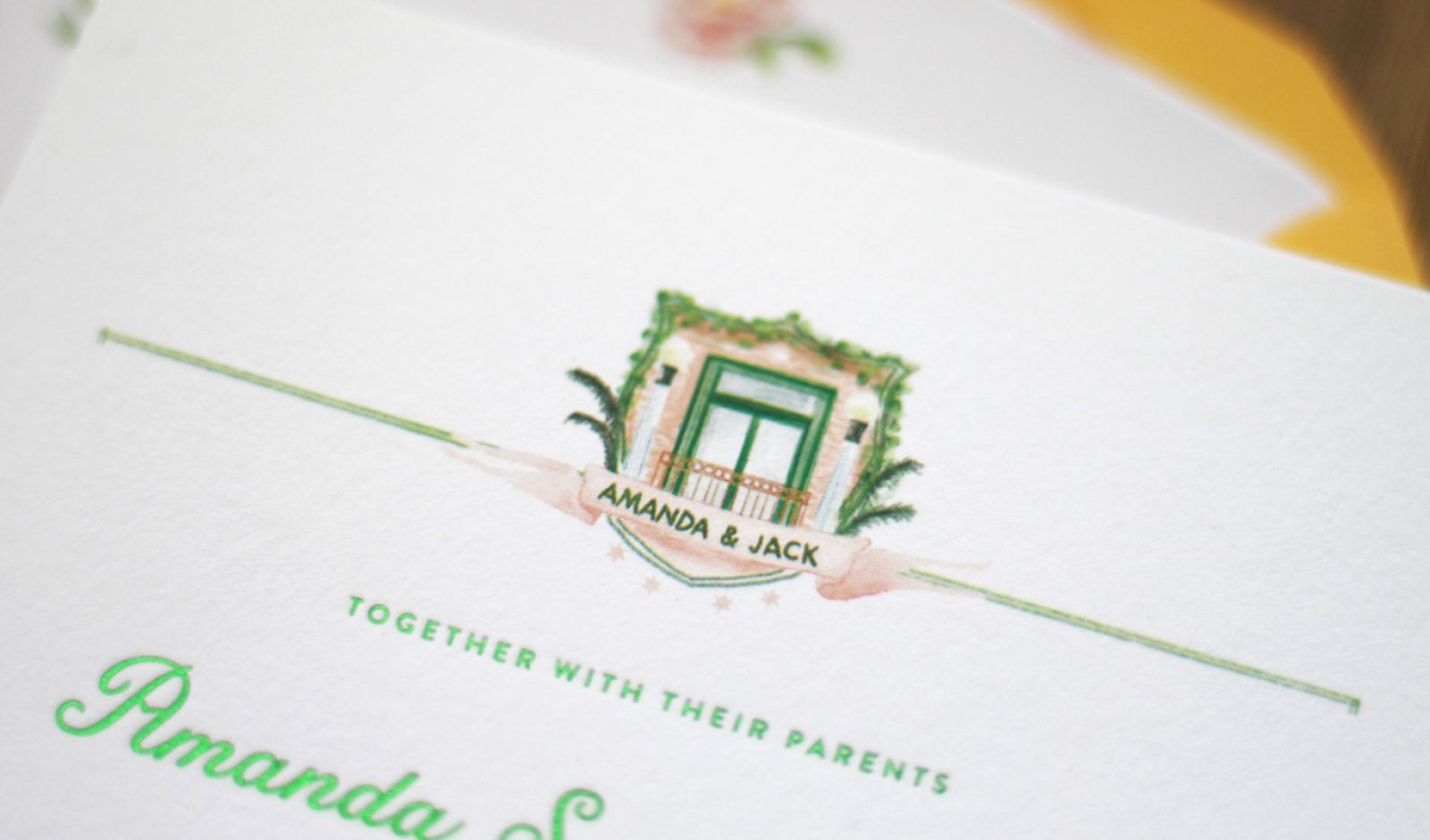 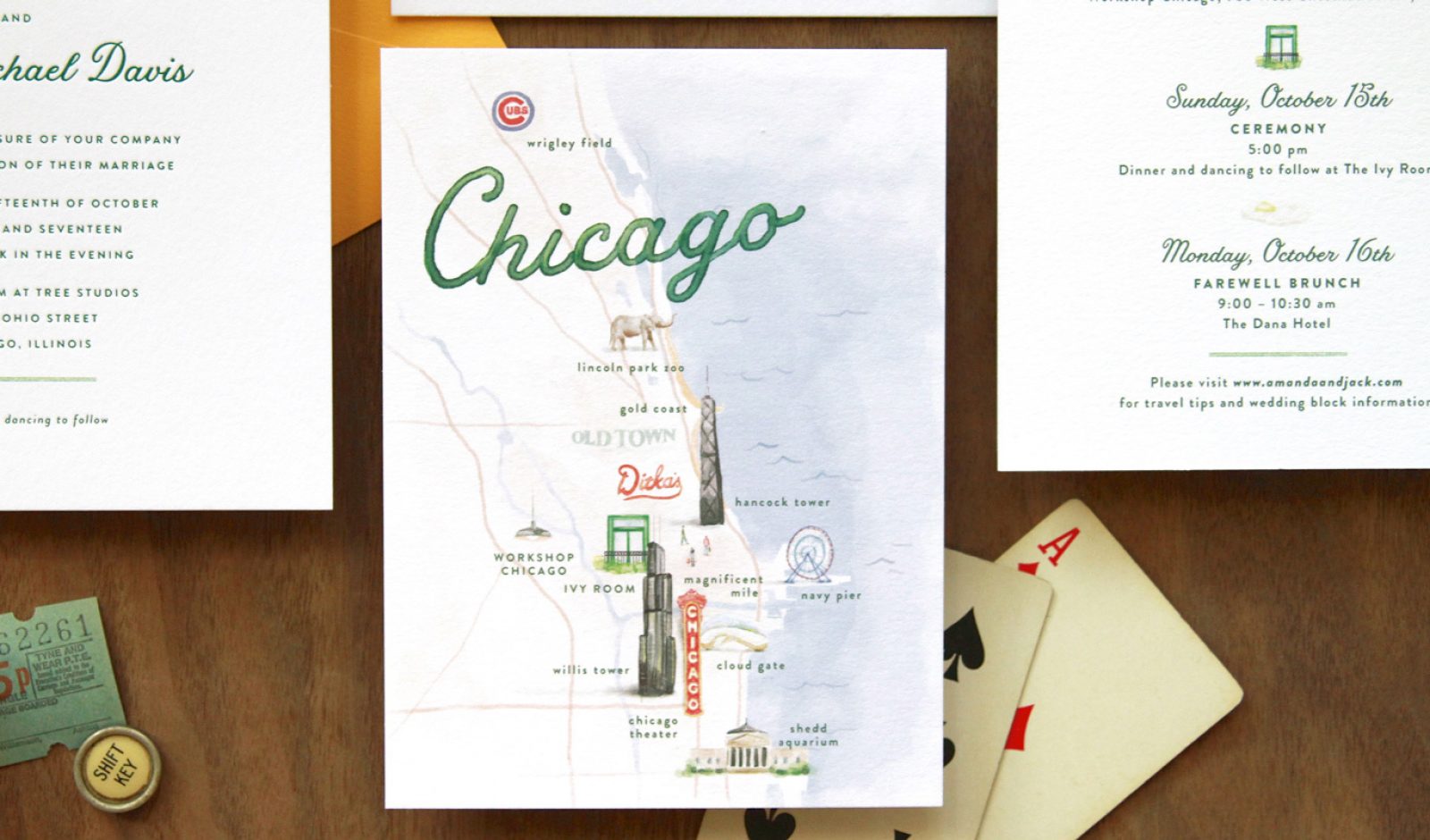 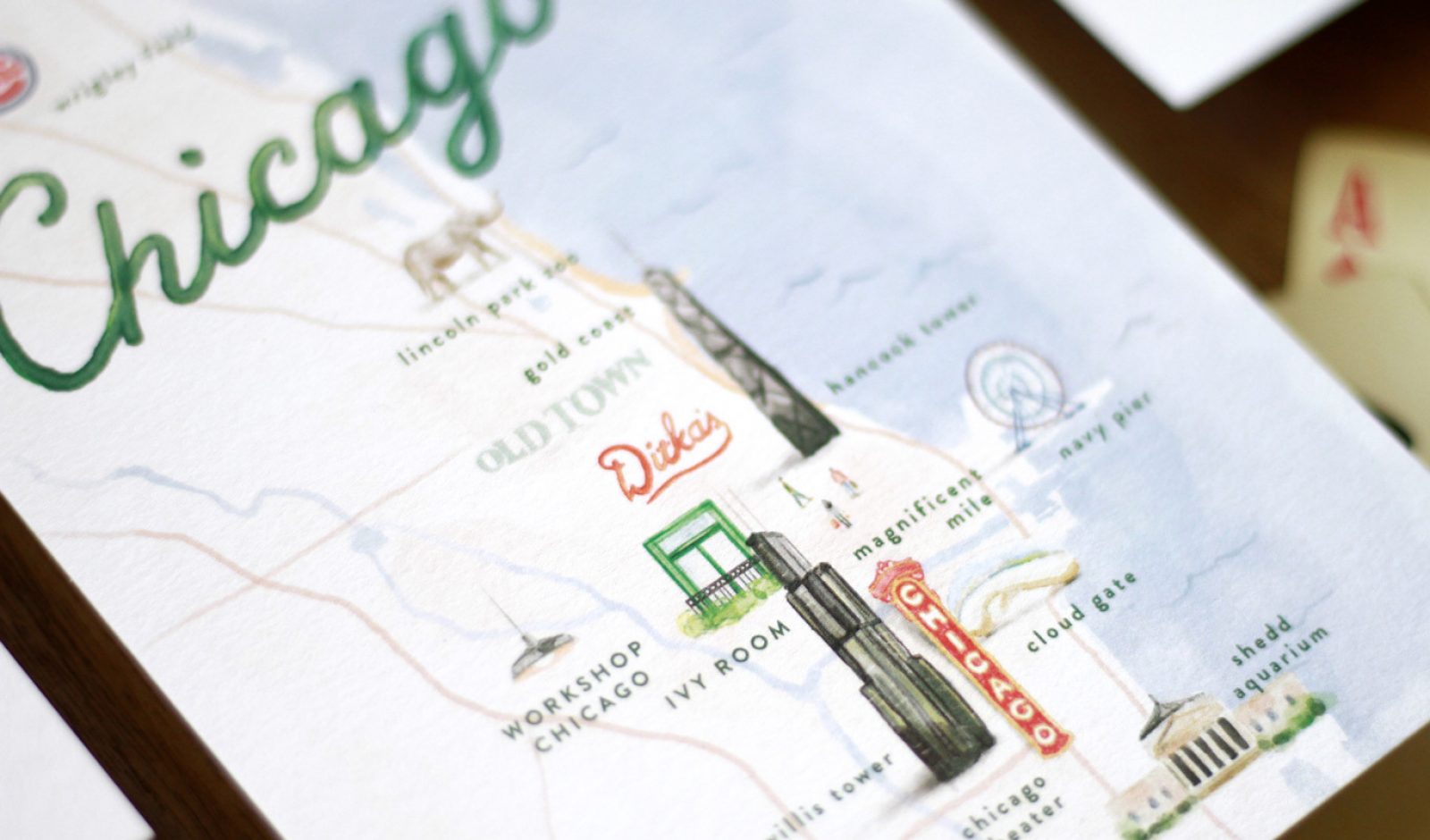 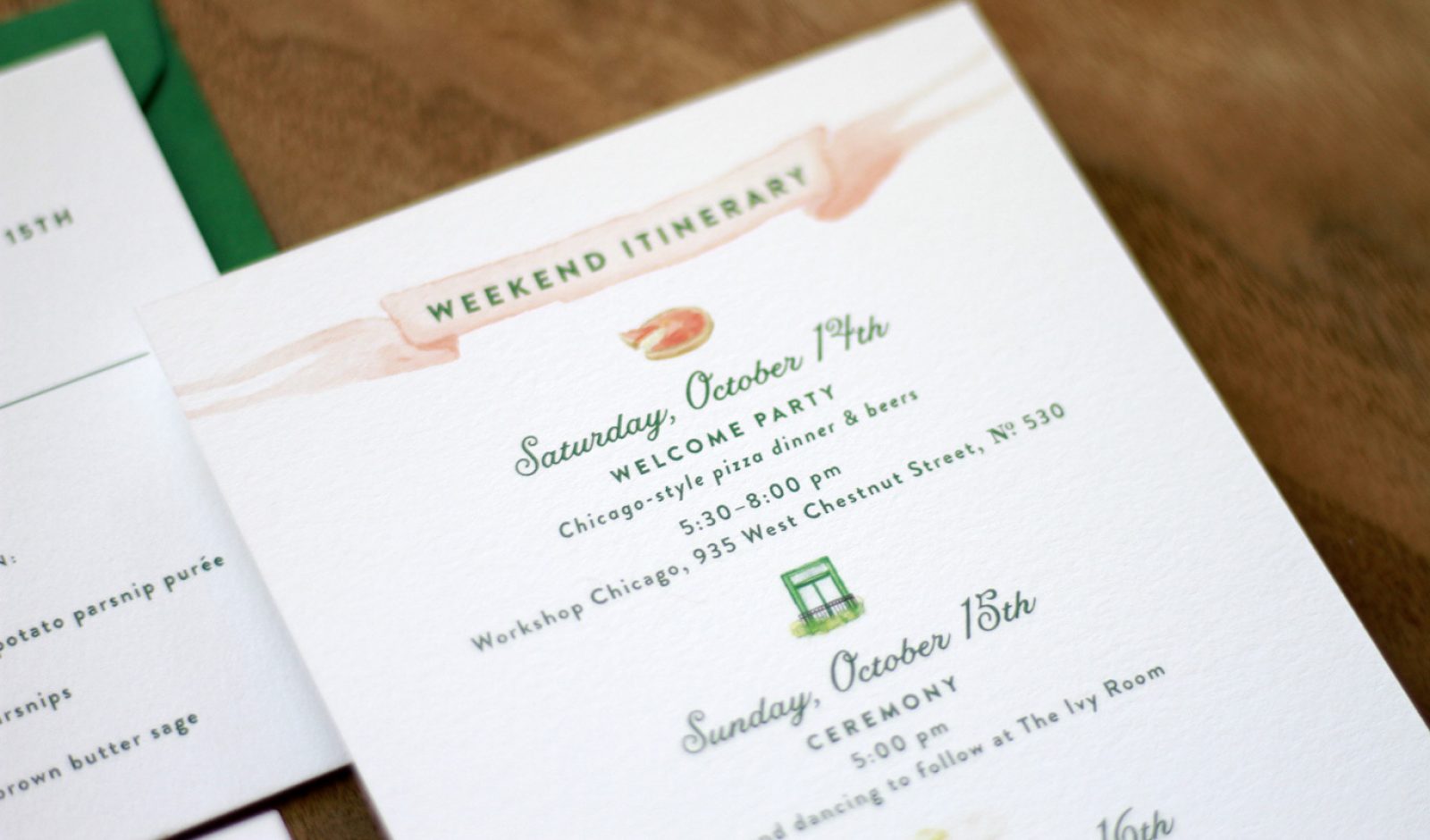 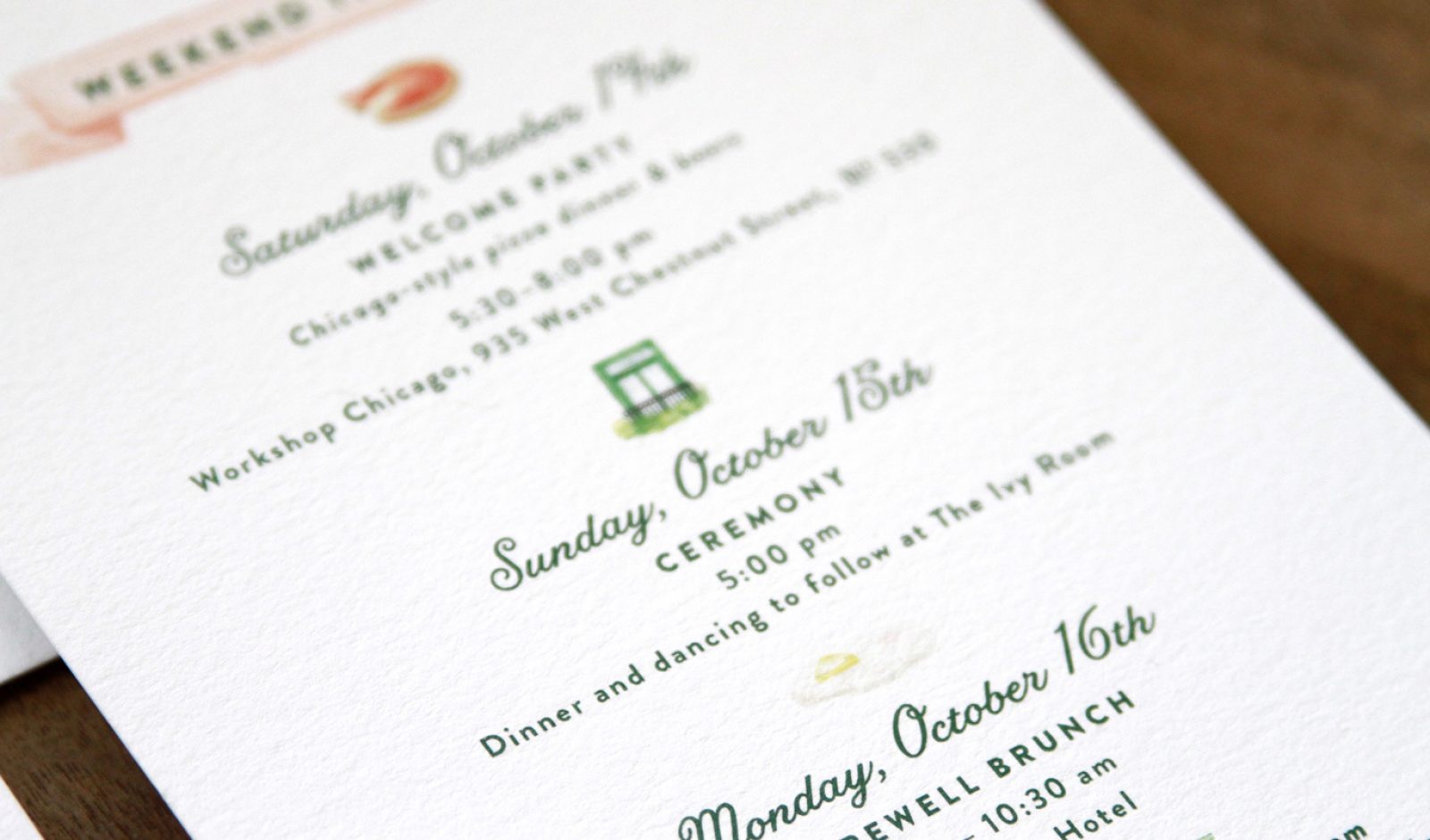 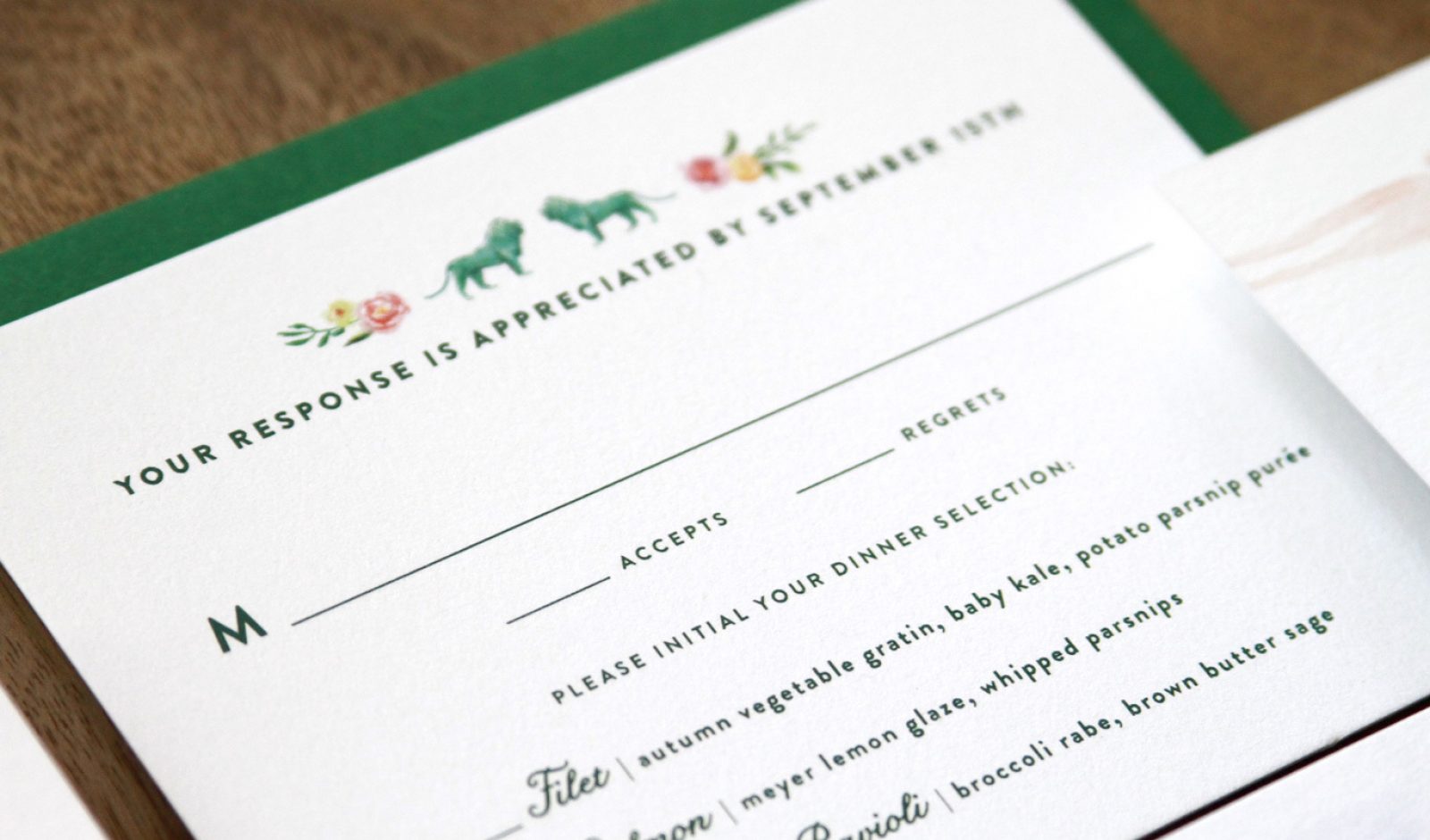