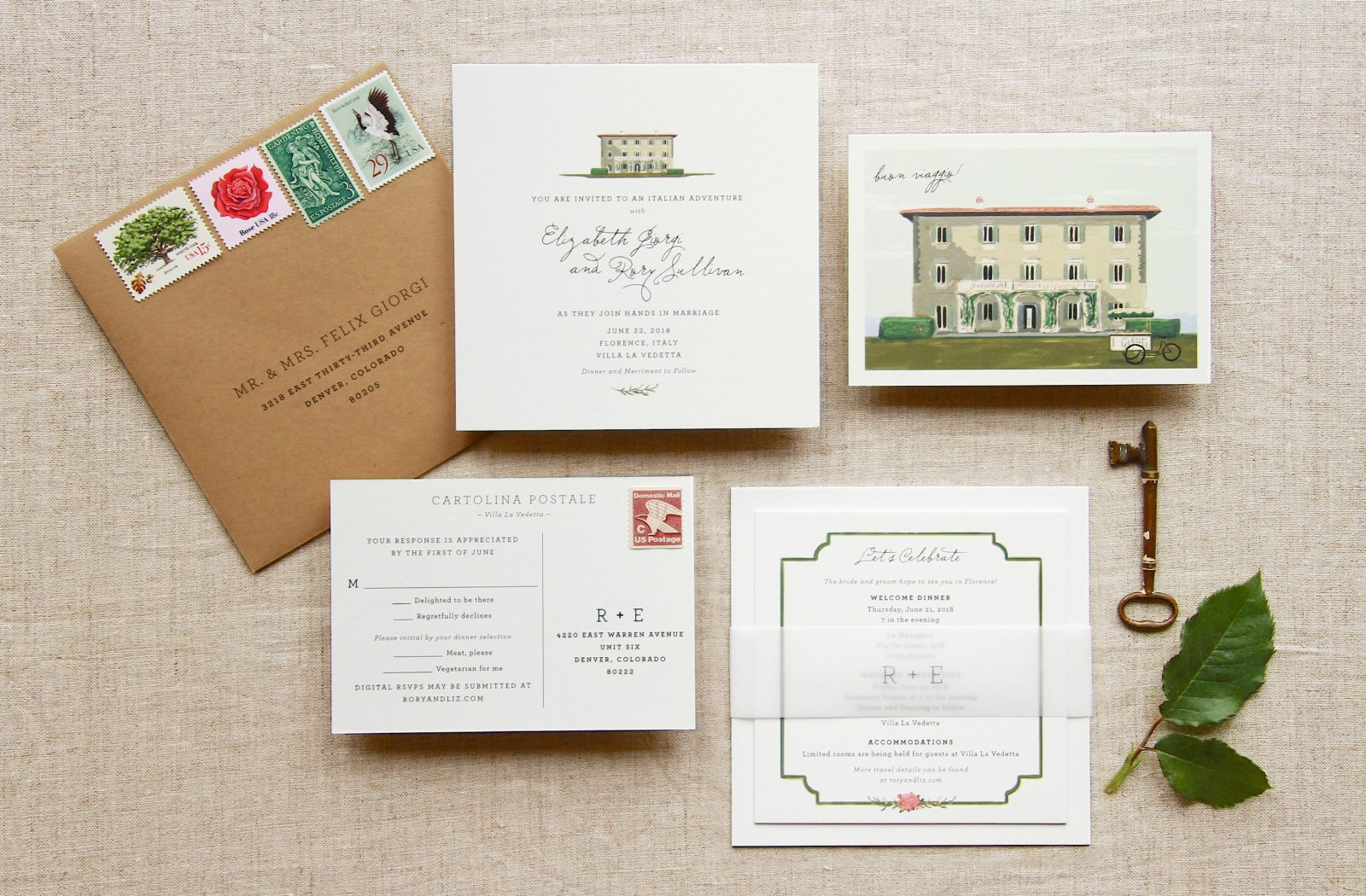 As featured on Grey Likes Weddings

As featured on Junebug Weddings

​A true marriage of tastes, Elizabeth and Rory found themselves wanting competing styles when it came to their Florence wedding invitation. We selected elements from both tastes and married them together in a whimsically romantic, Wes Anderson-style illustrated suite. The symmetrical Villa La Vedetta adorns the simplistic, double-thick, square invitation card. The details card border was inspired by the trimmed hedges found from the villa’s garden and graced with a colorful floral bouquet. The response card was designed as a postcard and featured a more detailed gouache painting of the villa, including the gelati cart that would make an appearance on the wedding day. A frosted vellum band with their initials held everything together and vintage postage stamps in the suite’s color palette were placed on the kraft envelope. 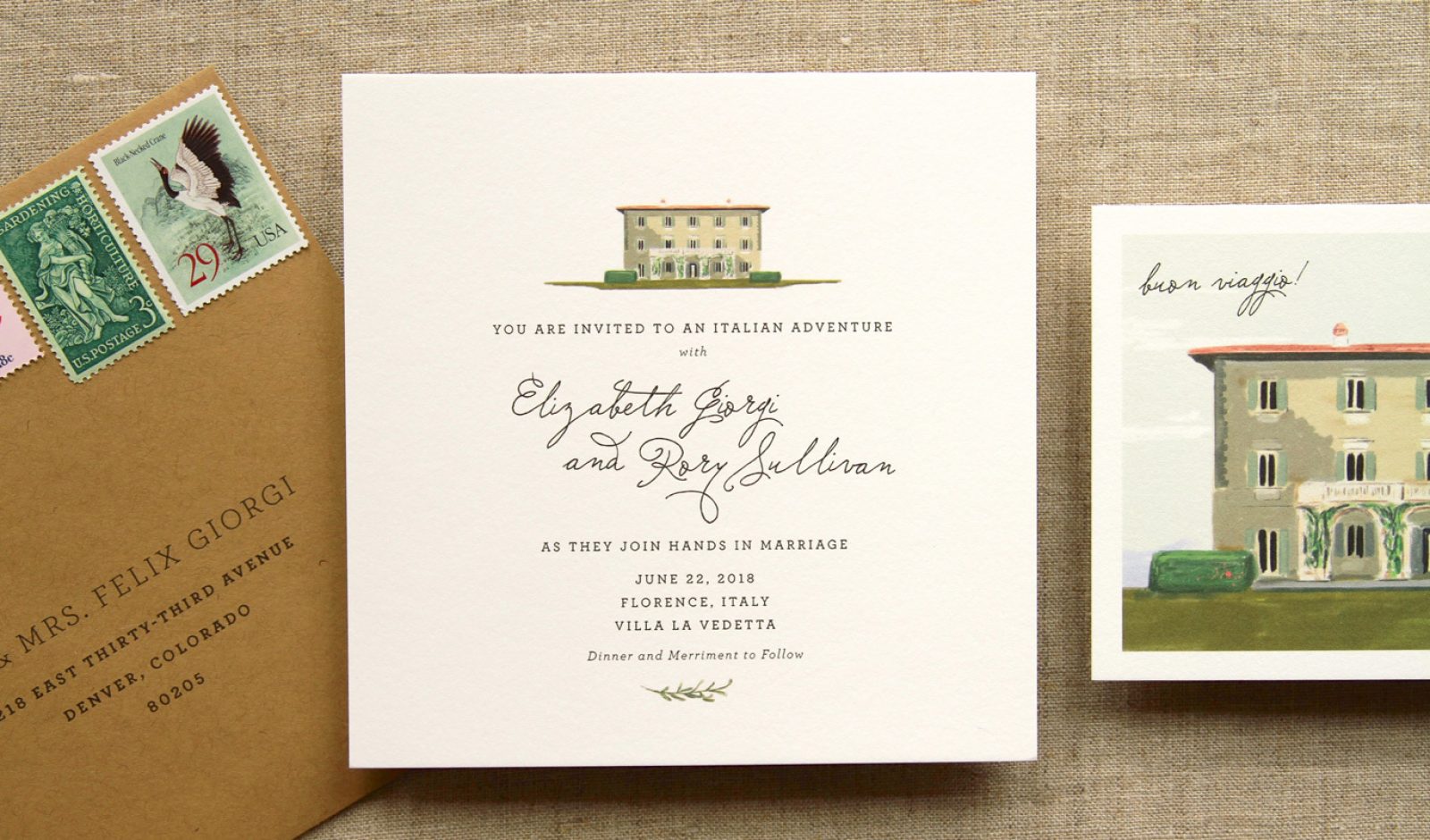 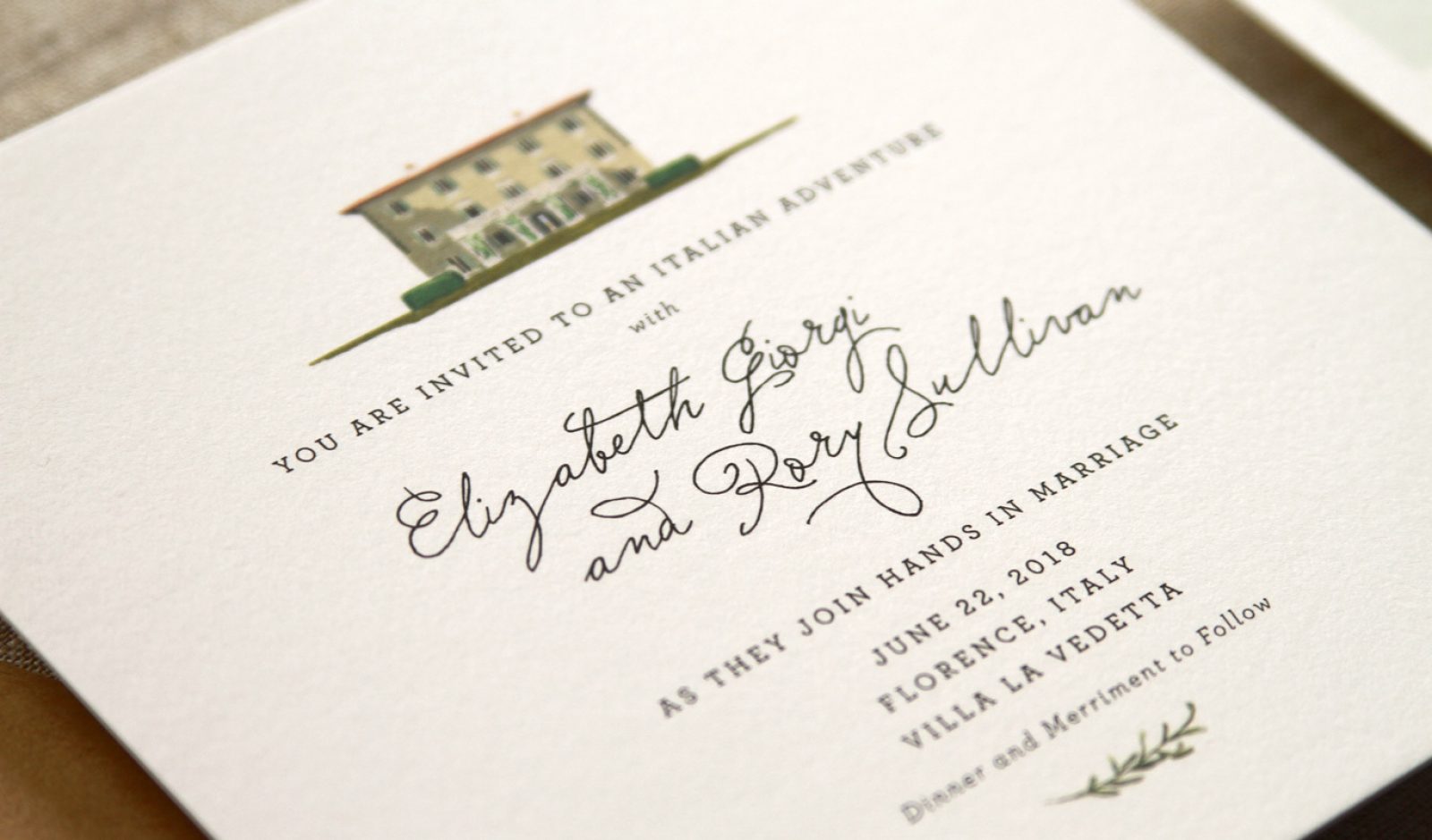 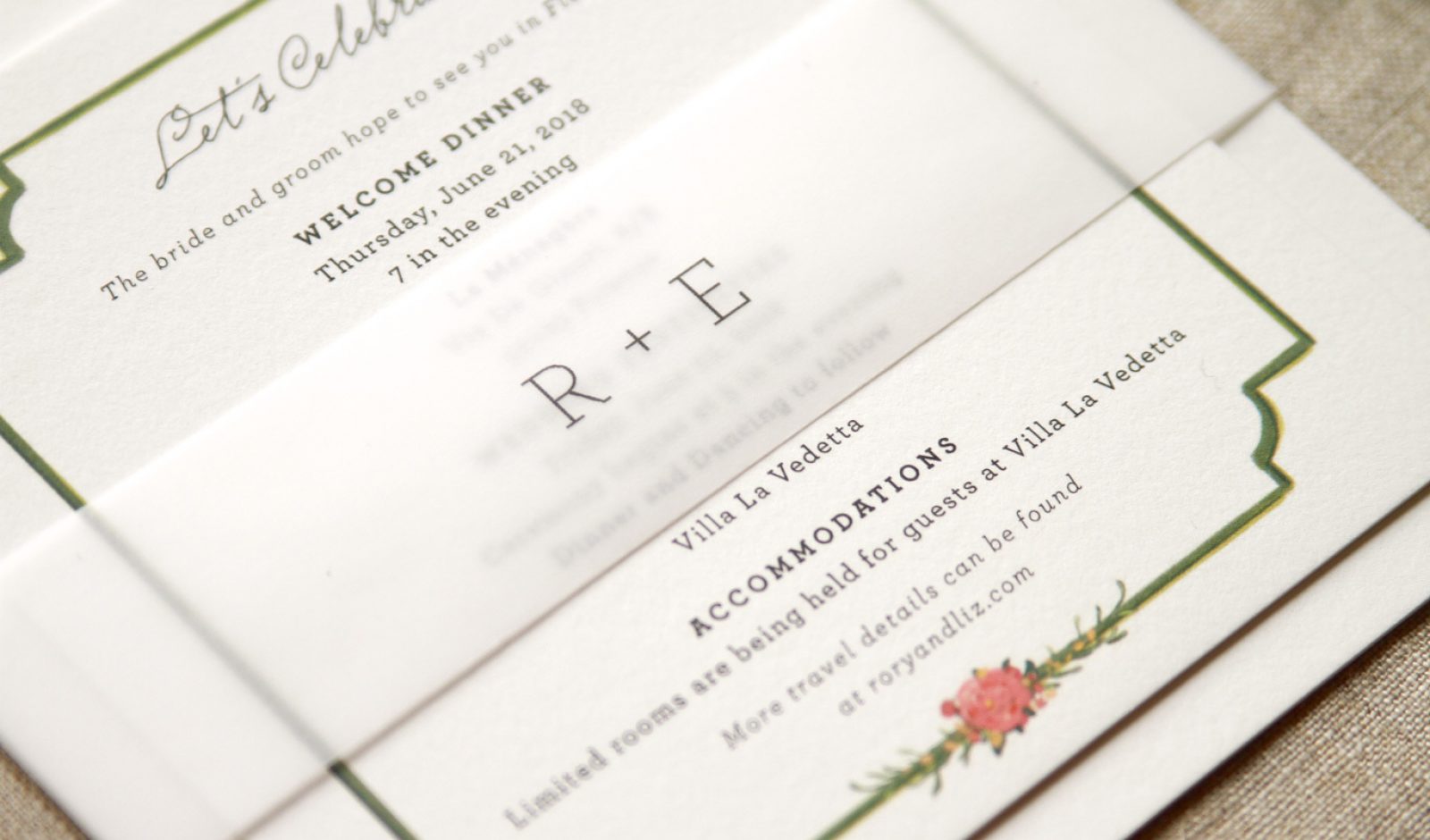 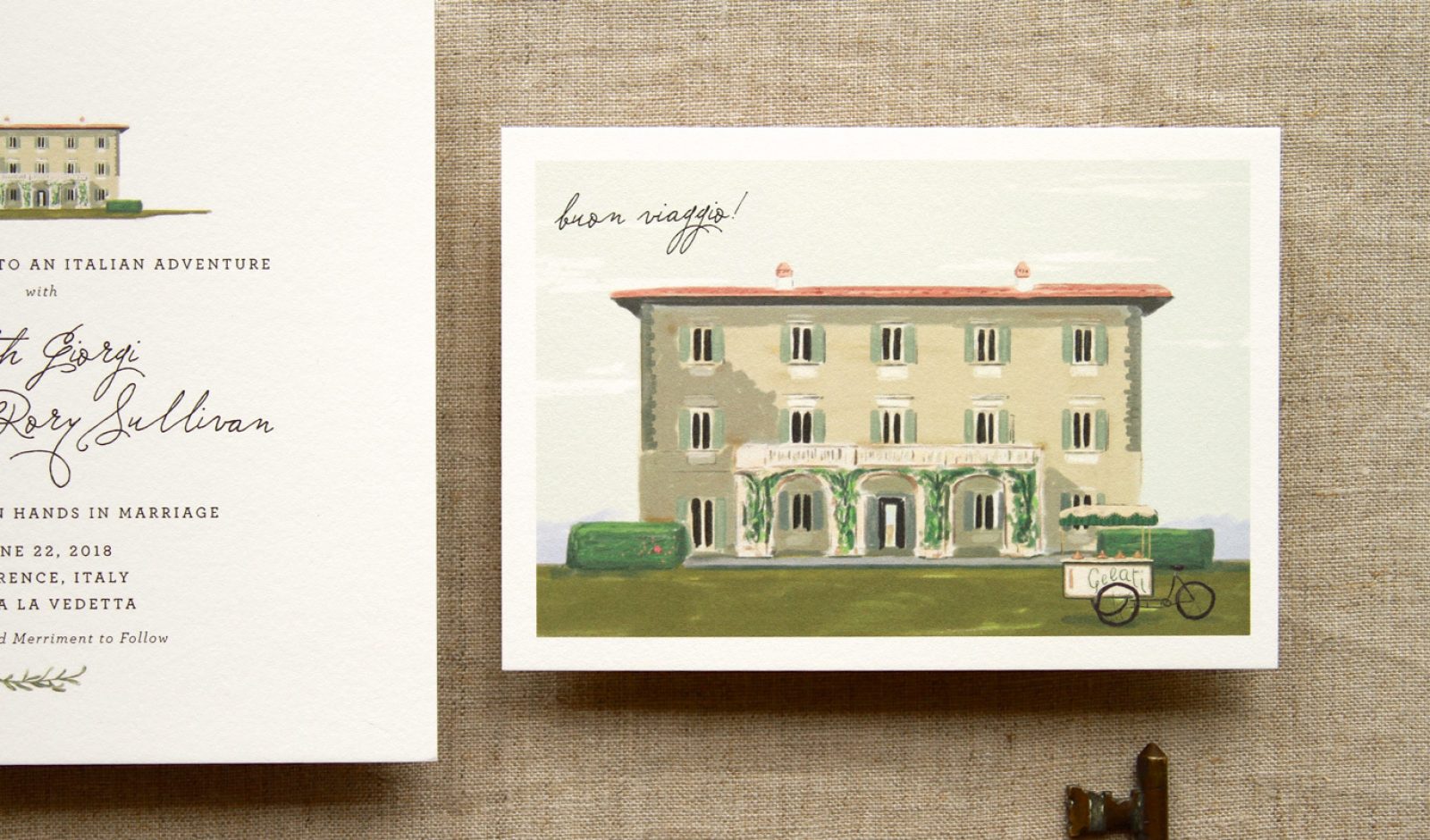 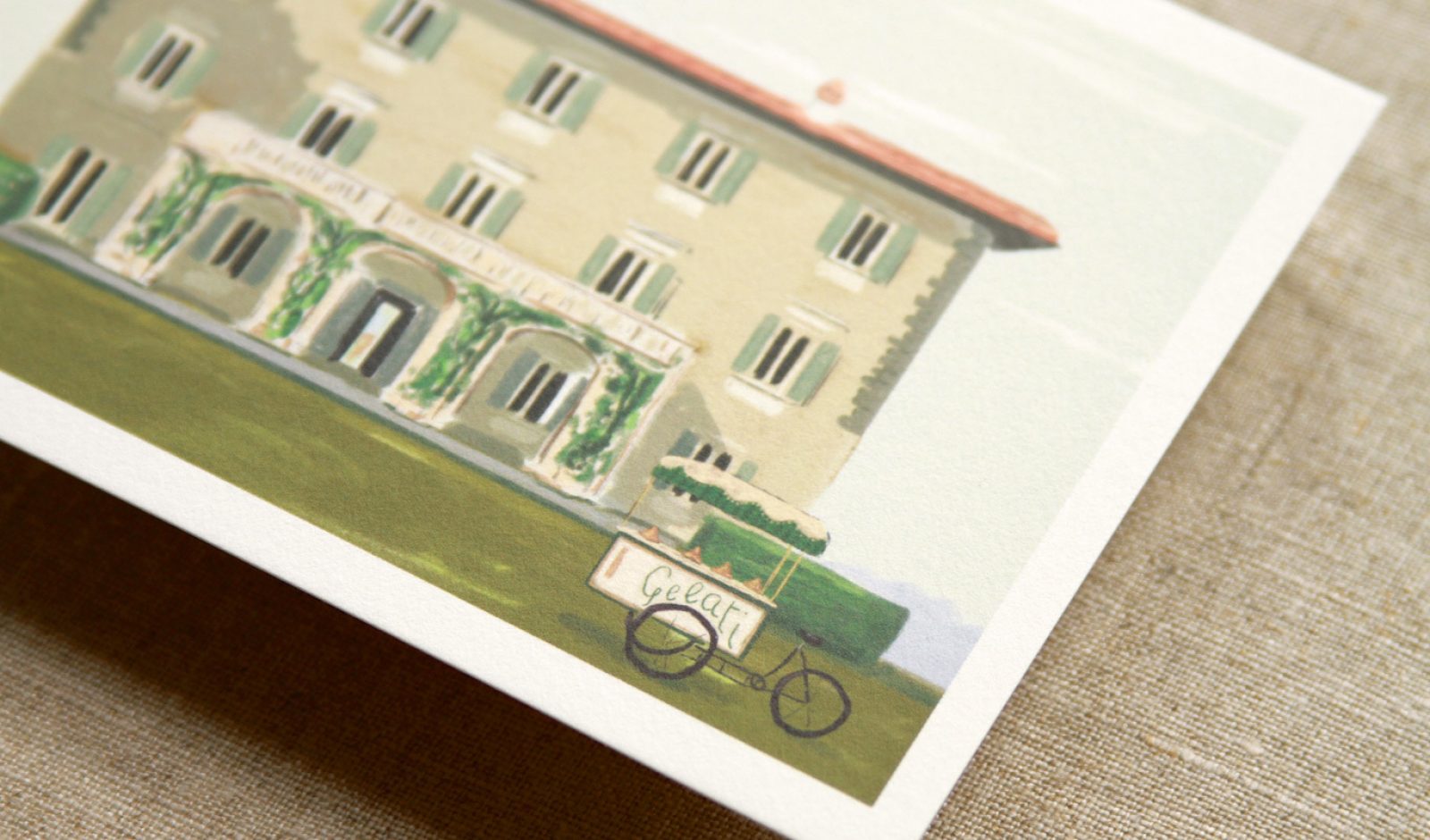 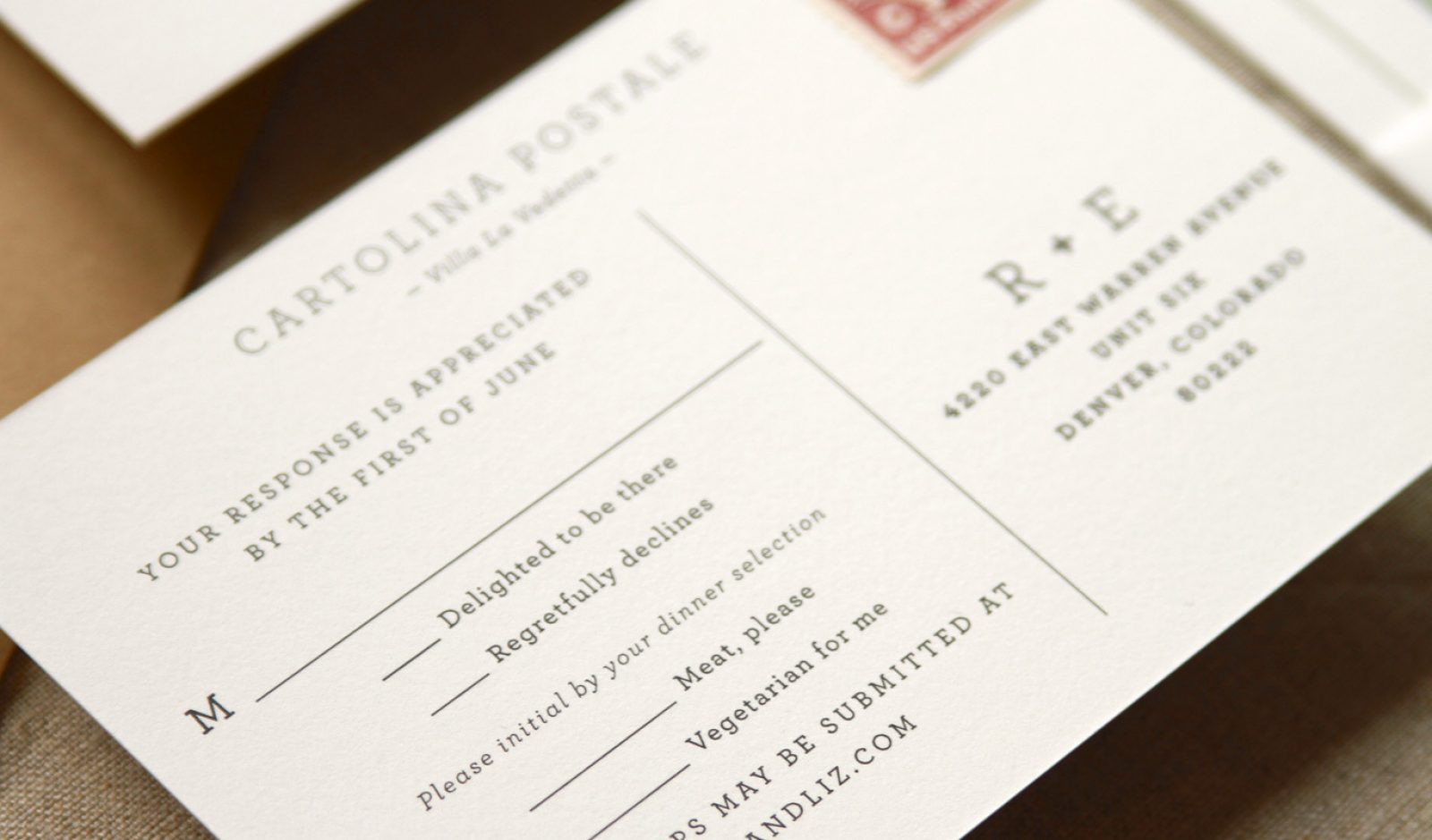 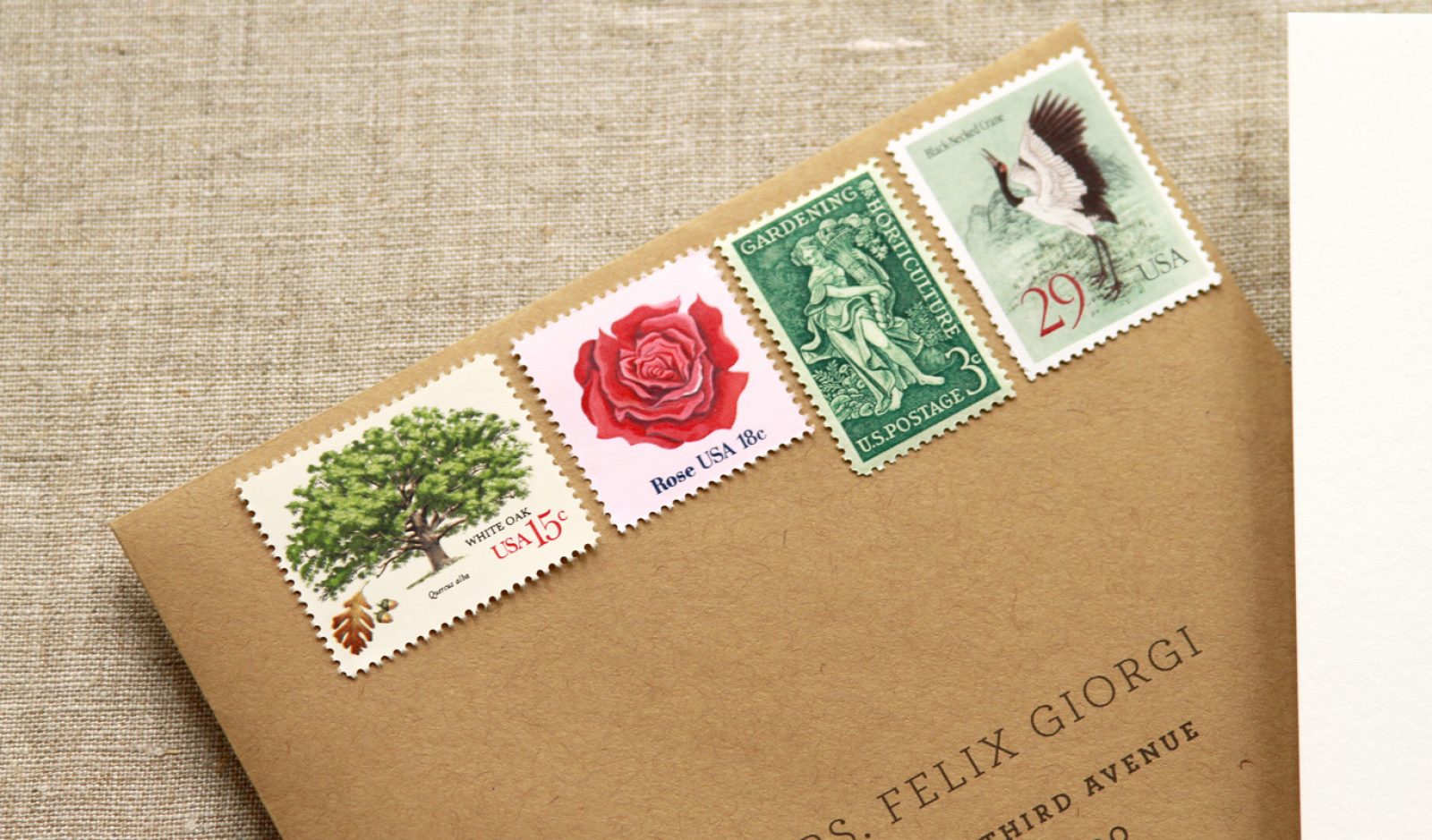